The Yellow-eared Toucanet is a shy resident of the foothills of Central America and northwestern South America.  This unique member of the toucan family has all black underparts, chestnut thighs and a red vent.  Its back and wings are olive green, and like other toucans and toucanets, it has a long bill, bicolored yellow and black.  Its red eye is surrounded by green and yellow bare skin; this skin is bluish and brighter in the male.  Males have a conspicuous yellow ear patch which is absent in females, and females have a chestnut crown and nape.  At 38 cm, Yellow-eared Toucanets are the largest member of their genus.

The Yellow-eared Toucanet forages in all levels of the forest, but spends most of its time concealed in the upper levels of the forest, where its presence is detected most often by its dry, clacking croak, a grating sound similar to that of the Keel-billed Toucan.  When calling, it tilts its head back and cocks its tail up and bows over with each grating croak, a behavior often exhibited by other species of toucans.

Yellow-eared Toucanets eat fleshy fruits and occasionally animals such as lizards, insects and spiders.  They forage individually, in pairs or in small groups.  Like other toucans, they nest in tree cavities excavated by woodpeckers or by natural causes. Both parents care for the young birds, usually 2 to 4 offspring, during the entire rearing process from incubation to independence.  While not much is known, they may make post-breeding season movements into the lowlands.  Yellow-eared Toucanets are known to live up to 20 years in the wild.

This attractive toucanet ranges from south Honduras to northwestern Ecuador.  In Panama, it is found in the foothills from 450 to 1050 meters in elevation and, given its restricted range and retiring habits, is often high on our guests’ “wish lists.”  It is best seen during a day trip to Altos del Maria (near the Canopy Lodge) or Cerro Azul (near the Canopy Tower). 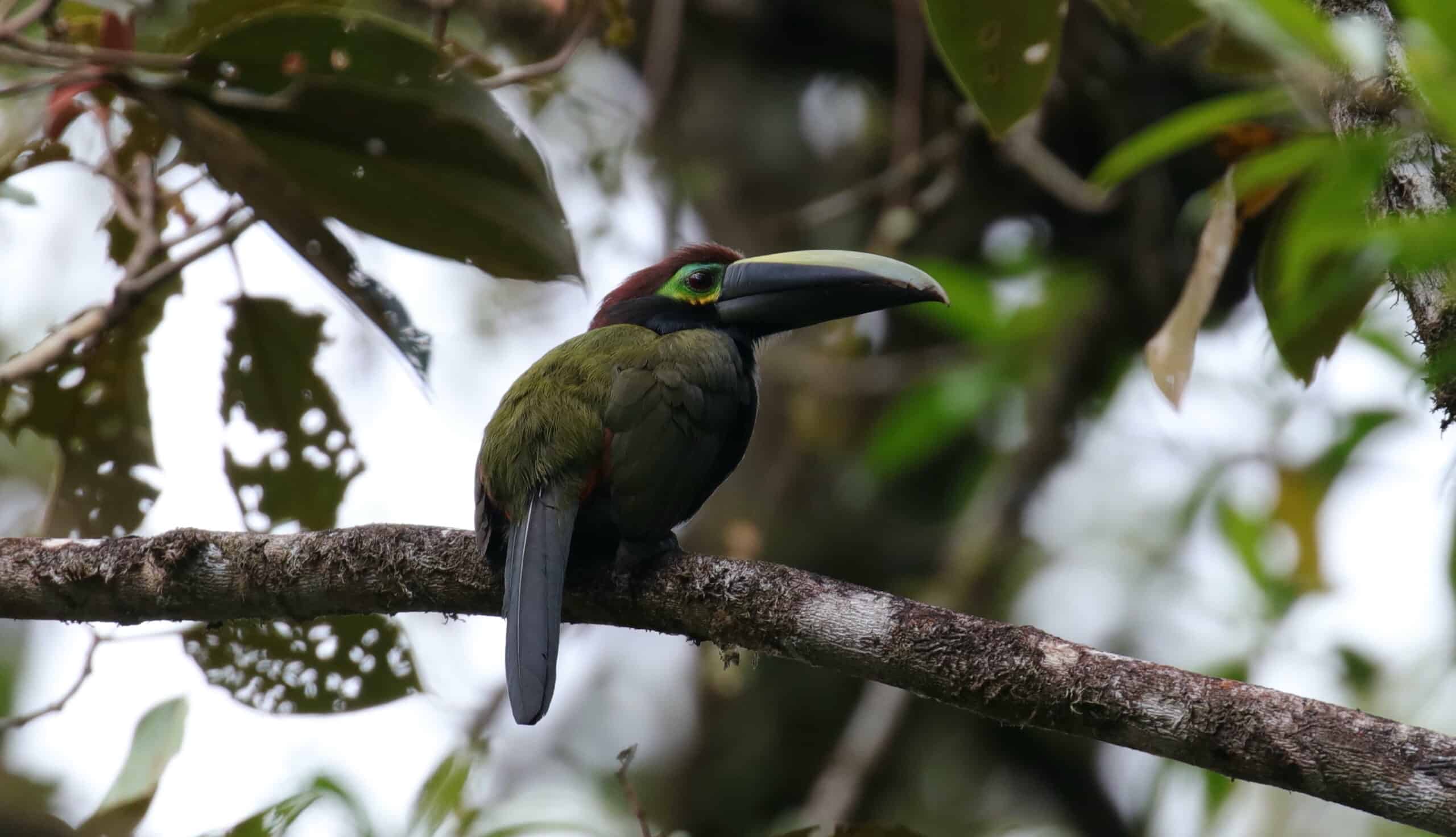