Every October and November, and again in March and April, nearly every Swainson’s Hawk in the world traverses the isthmus of Panama, on its way between its breeding grounds in western temperate North America and its wintering grounds on the pampas of Argentina and Uruguay. Swainson’s Hawks migrate in large flocks or “kettles,” sometimes in numbers as strong as 10,000, and often in association with additional thousands of Turkey Vultures, Broad-winged Hawks, and Mississippi Kites. They migrate by day and over land, taking advantage of thermals to conserve energy. The passage of these great flocks through Central America is widely regarded as one of the birding world’s greatest surviving spectacles. Fall migration surveys conducted from the Canopy Tower (see here) have recorded over 100,000 Swainson’s Hawks in a single season, and over 70,000 in a single day! Although the great majority of Swainson’s Hawks undertake the full long-distance migration, small numbers may spend the winter further north, including on Panama’s western Pacific slope.

The Swainson’s Hawk is highly variable in appearance, often being separated into pale, dark, and rufous “morphs,” although many individuals show intermediate characteristics. A typical pale morph individual has a distinctive rufous-brown breastband between its white throat and white belly, and white underwing coverts contrasting with dark gray flight feathers. Dark and rufous morph individuals have, respectively, brown to black or rufous underparts and underwing coverts, with variable barring or streaking. In all plumages this species may also be recognized by its long wings and tail, dark flight feathers, and pale undertail coverts.

Swainson’s Hawks generally prefer open habitats, such as grasslands, open woodlands, and agricultural areas. Their diet consists mainly of small mammals, reptiles, and birds while breeding, but predominantly of grasshoppers and other insects while migrating or wintering. Despite their relative abundance and familiarity, the ecology of Swainson’s Hawks during migration and on their wintering grounds remains in need of further investigation. 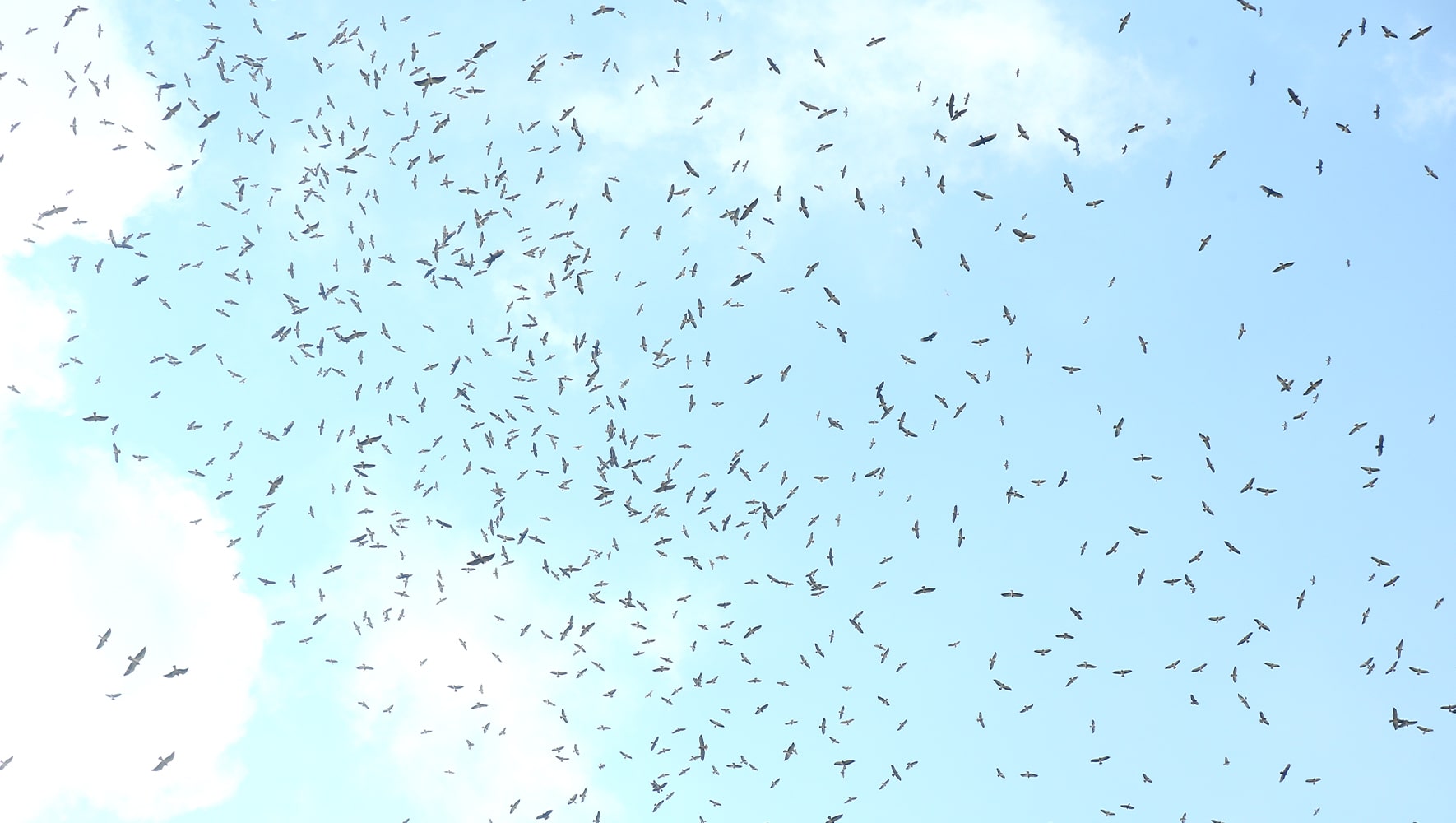 Tags: Birds
Previous postGeoffroy’s Tamarin
Next postA Message from the Canopy Tower’s Past