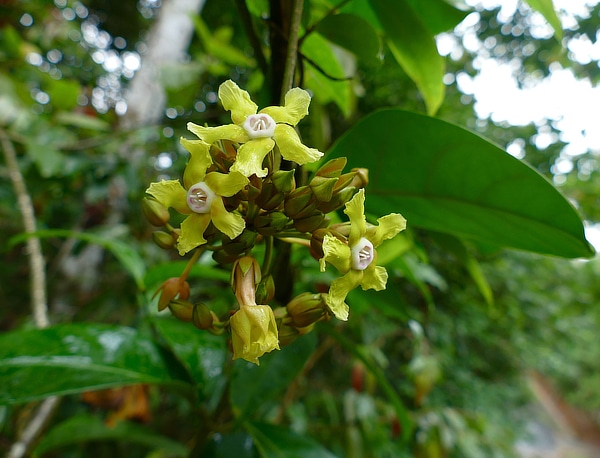 Prestonia trifida (also known as P. obovata as a synonym) is a liana (woody vine) in the family Apocynaceae that is easily recognizable when flowering. The inflorescence consists of a cluster of several flowers, each tubular with a raised rim in the center with five yellowish appendages (petals) that flare off the end of the tube. The tube is 2 cm long. The rim is pinkish to white. Fruits are dry paired follicles, 25-35 cm long, often woody in appearance like the stem. Seeds contained in the fruits are 2 mm long, and are dispersed by wind. The leaves are opposite, 14-28 cm long by 9-18 cm wide. The vine, when broken, produces a milky sap, or latex.