One of the most common sights from the observation deck at the Canopy Tower is the Plain-colored Tanager. True to its name it is mostly gray, with black wings and a pale belly, but a careful look will also reveal a flash of bright blue at its wingbend. This charming species is common in forest canopy and forest edge habitats, but it occupies a rather restricted range, being found only in eastern Costa Rica, Panama, and northwestern Colombia.

Plain-colored Tanagers are typically found in pairs or small groups, and can often be seen foraging within mixed flocks of tanagers, honeycreepers, warblers, and others. They move rapidly as they forage and give away their presence with their high-pitched vocalizations. They feed both on fruits, especially cecropia fruits, and on insects and spiders.

Breeding takes place from February to August in Panama. The female builds the nest alone, using fibers and cobwebs, but the male helps her to gather material and to raise the chicks (two per clutch) until they are old enough to survive on their own.

As mentioned, Plain-colored Tanagers are common at the Canopy Tower, which is surrounded by their preferred habitat of cecropia-dominated canopy. They are also common around the Canopy Camp and the Canopy Lodge, although we are still waiting for one to make an appearance on the Panama Fruit Feeder Cam! 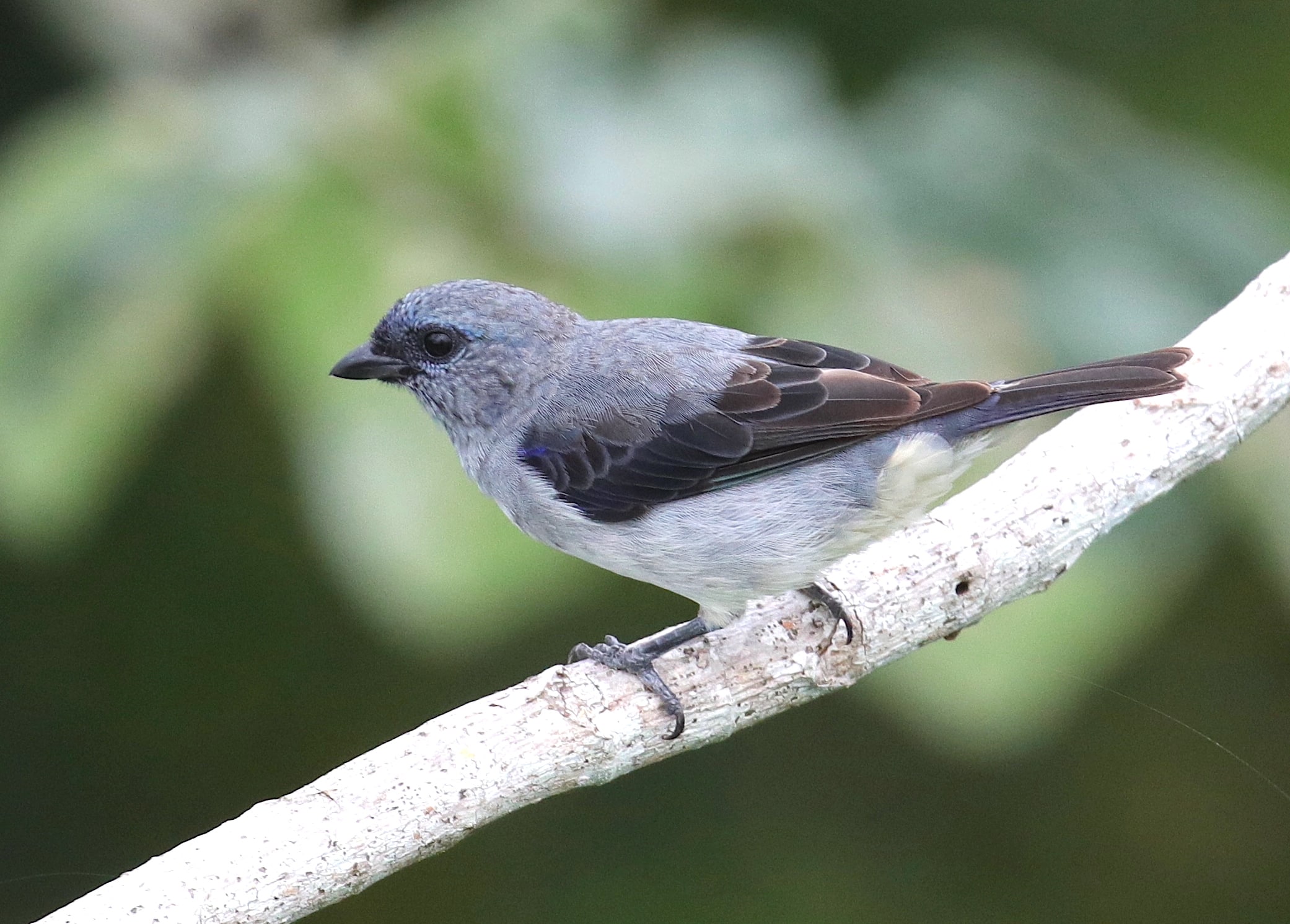