On the trail of the sloth-eating eagles of Panama

On the trail of the sloth-eating eagles of Panama 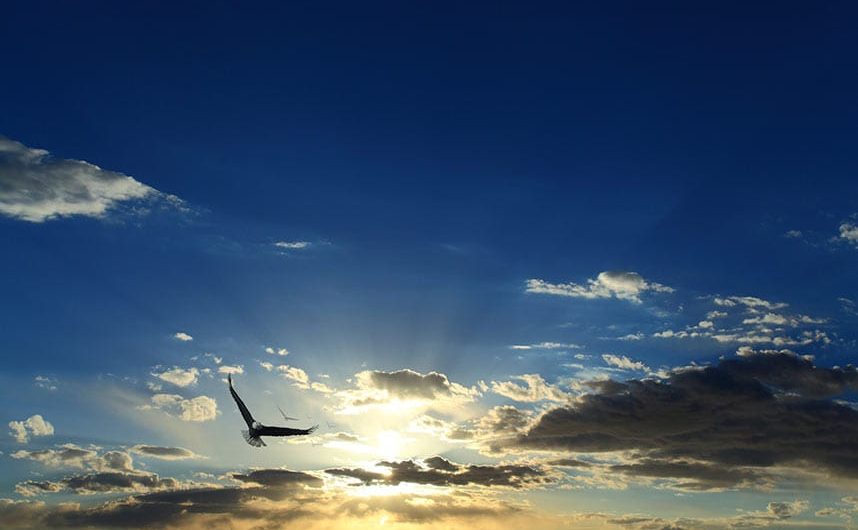 It is mid-morning in Darién National Park, Panama, and I’m wilting in the rainforest heat. Three hours ago, with the ramshackle border town of Yaviza still asleep, we had boarded our motorised dugout and nudged out into the swift, dark current. Now the humid air hums with insects and sweat trickles down my back.

Suddenly a flurry of wingbeats has us peering up into the canopy. And there she is: a female harpy eagle, perched high in the almendro tree, signature crest defiantly erect. A lifeless sloth dangles from meat-hook talons as large as a tiger’s. She’s an awesome sight: a fitting national bird for Panama. At her chick’s plaintive cheeps, she starts to tear at the unfortunate prey. Only now do I dare raise my camera.

There is something irresistibly alluring about eagles: the predatory power, the imperious glare, those magnificent wings lifting them high and beyond our reach. They are, in a way, the avian equivalent of big cats, and it is small wonder that they have so long served as icons of pride and military might, from the Roman legions to the United States air force. The golden eagle alone is the national emblem of five nations.

For the traveller, eagles also mean exciting places. These birds’ basic needs – large tracts of unspoilt land, with plentiful prey and few human threats – mean that if you’re watching one, you are generally somewhere pretty impressive. My eagle memories are inseparable from their locations: an African fish eagle plucking a bream from beside my canoe on the serene Zambezi; wedge-tailed eagles combing the red-rock canyons of Australia’ Northern Territory; a giant Steller’s sea eagle circling my zodiac against Kamchatka’s snow-capped volcanos. Each new sighting brings the same thrill: the bird seems the very embodiment of the wilderness it inhabits, with the power of life and death clutched in its talons.

That power felt especially intimidating when, earlier this year, I met the traditional Kazakh eagle hunters of western Mongolia – the world’s only community still to hunt using golden eagles. When one hunter slipped the leather gauntlet on to my arm and bade his eagle hop over, I felt for myself the force in those skull-crushing talons. This bird had, after all, despatched the very foxes whose pelts made up my host’s hat.

The good news for the British eagle enthusiast is that we have two of the world’s most impressive on our own shores. In the wilds of Wester Ross, I’ve watched golden eagles – the self-same species – quarter the heather in search of hares, and white-tailed eagles soaring over the lonely headlands. Meanwhile, a hop over the Channel brings more: rare Spanish imperial eagles hunting the woodlands of Andalucia; short-toed eagles hovering over the hillsides of Provence.

Worldwide, the variety is impressive. And size isn’t everything: although the largest eagles have 8ft wingspans and can kill a deer, there are many smaller species: take Africa’s long-crested eagle, which ambushes rats in the grass, or Australia’s little eagle, which snatches birds, falcon-like, from the air. Each feeding niche has its eagle: some specialise in monkeys; others, snakes; and many scotch our image of the noble hunter by tucking into carrion whenever they get the chance.

Sadly, despite all that “iconic” stuff, eagles do not inspire everybody. Like predators of all kinds, many still find themselves at the wrong end of a shotgun or poisoned bait, persecuted for their alleged predation on livestock. Meanwhile, their perch at the top of the food chain leaves them first to suffer as habitats degrade, with rarities such as the formidable Philippine eagle battling to survive as their forests disappear. Today many of the world’s 78 species are under threat.

All the more reason, then, to visit eagle country. With luck, your presence may help convince its custodians of just why these birds are so important. Either way, you’ll come back with some stirring sightings and a headful of wilderness.

Five of the world’s most enthralling eagle adventures

Track down the rare and formidable harpy eagle, plus a range of other rainforest wildlife, in Panama’s Darién Gap. Naturetrek (naturetrek.co.uk) offers a Panama – Harpy Eagle Special from £2,795 per person (two sharing), including flights, food and accommodation, with five nights at the Canopy Tented Camp, and the services of expert local guides. Departs April 20 and May 18 2019.

See the world’s largest eagle off the coast of Russia’s far east, along with whales, bears and volcanoes. Wildfoot (0800 195 3385; wildfoottravel.com) offers a 12-night Jewel of the Russian Far East cruise aboard the Spirit of Enderby, departing in September 2019 from £5,293 per person (two sharing). Does not include international flights or landing fees.

Explore the wild northwest coast of Scotland in search of our two types of eagle, plus other local wildlife. Wilderness Scotland (01479 898707; wildernessscotland.com) offers Wildlife Adventures – The Scottish Highlands for £1,725 per person sharing, including six nights’ B&B accommodation, some meals, all transport, boat trips and scheduled activities. Departures in 2019: May 25 and June 8.

Mike Unwin’s latest book, the Empire of the Eagle (Yale University Press) is out now. It covers every one of the world’s 78 eagle species, with stunning images taken and curated by top UK bird photographer David Tipling.