What’s “mealy” about the Mealy Parrot? The species was so named because the grayish suffusion to the bird’s nape and upper back was said by early naturalists to look like a dusting of flour, or “meal” (a resemblance also reflected in the species name farinosa, Latin for “sprinkled with flour”). The Mealy Parrot is the largest Amazona parrot in Panama, and indeed the largest parrot in Panama but for the macaws. Like other Amazona parrots—in Panama, the Red-lored and Yellow-crowned Parrots—it is mostly green with red wing patches and yellow tail tips, but it can be distinguished from its congeners by its bolder white eyering, the lack of red or yellow on its forehead or crown, and its black nostril bristles.

Mealy Parrots feed mostly on a wide range of seeds and fruits, as well as buds and flowers. Depending on the time of year and the presence of seeding or fruiting trees, pairs or small groups of Mealy Parrots are a regular sight from the observation deck at the Canopy Tower; the individual pictured above is perched in a fruiting Cecropia tree right next to the Tower. The Mealy Parrot is also very common around the Canopy Camp, in the rainforests of Darién. Behaviorally it is similar to the Red-lored Parrot: both species fly with stiff, shallow wingbeats, produce loud, raucous vocalizations, forage mostly in the canopy, and nest in tree cavities.

However, whereas the Red-lored Parrot can survive in partially deforested areas, and the Yellow-crowned Parrot inhabits open areas including city parks, the Mealy Parrot is typically found only in extensive tracts of dense lowland forest. Due in part to its preference for intact forest habitat, the Mealy Parrot is considered to be Near Threatened, as it faces pressure from deforestation, hunting, and the cage trade in parts of its range. 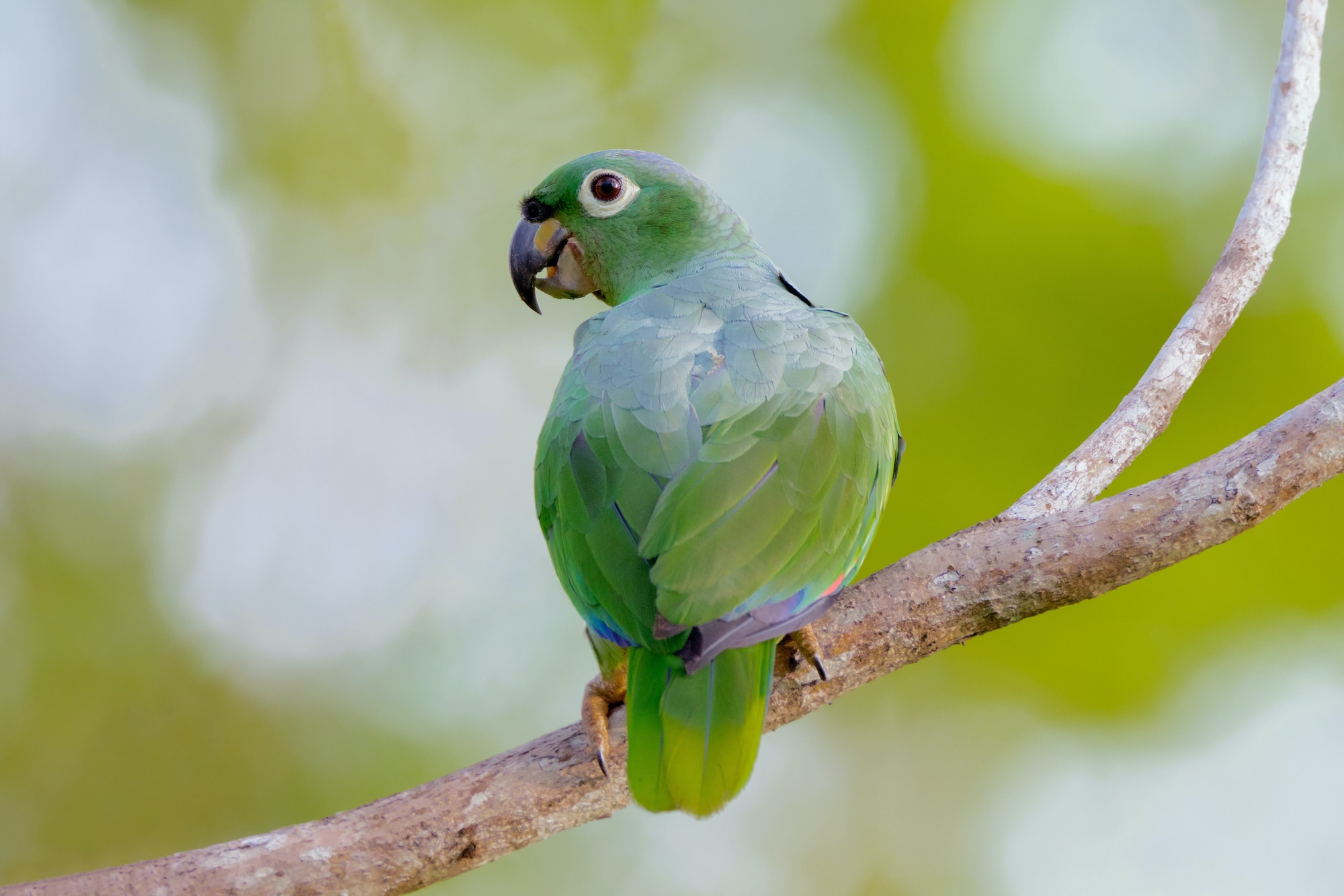