Gray-headed Chachalacas are usually a conspicuous presence, moving through the trees in flocks and delivering a chorus of loud, raucous calls. They are also notable for their habit of periodically monopolizing the fruit feeders at the Canopy Lodge! The Gray-headed Chachalaca is the only Panamanian representative of its genus, which includes fourteen other species of chachalaca ranging from the southern tip of Texas into South America. In turn, chachalacas, along with guans and curassows, belong to the family Cracidae, distantly related to pheasants, quails, and guineafowl. Often described as chicken-like or turkey-like in its general appearance, the Gray-headed Chachalaca is mostly plain brown in coloration with a gray head and neck, a bare red dewlap, a long pale-tipped tail, and distinctive rufous primaries. 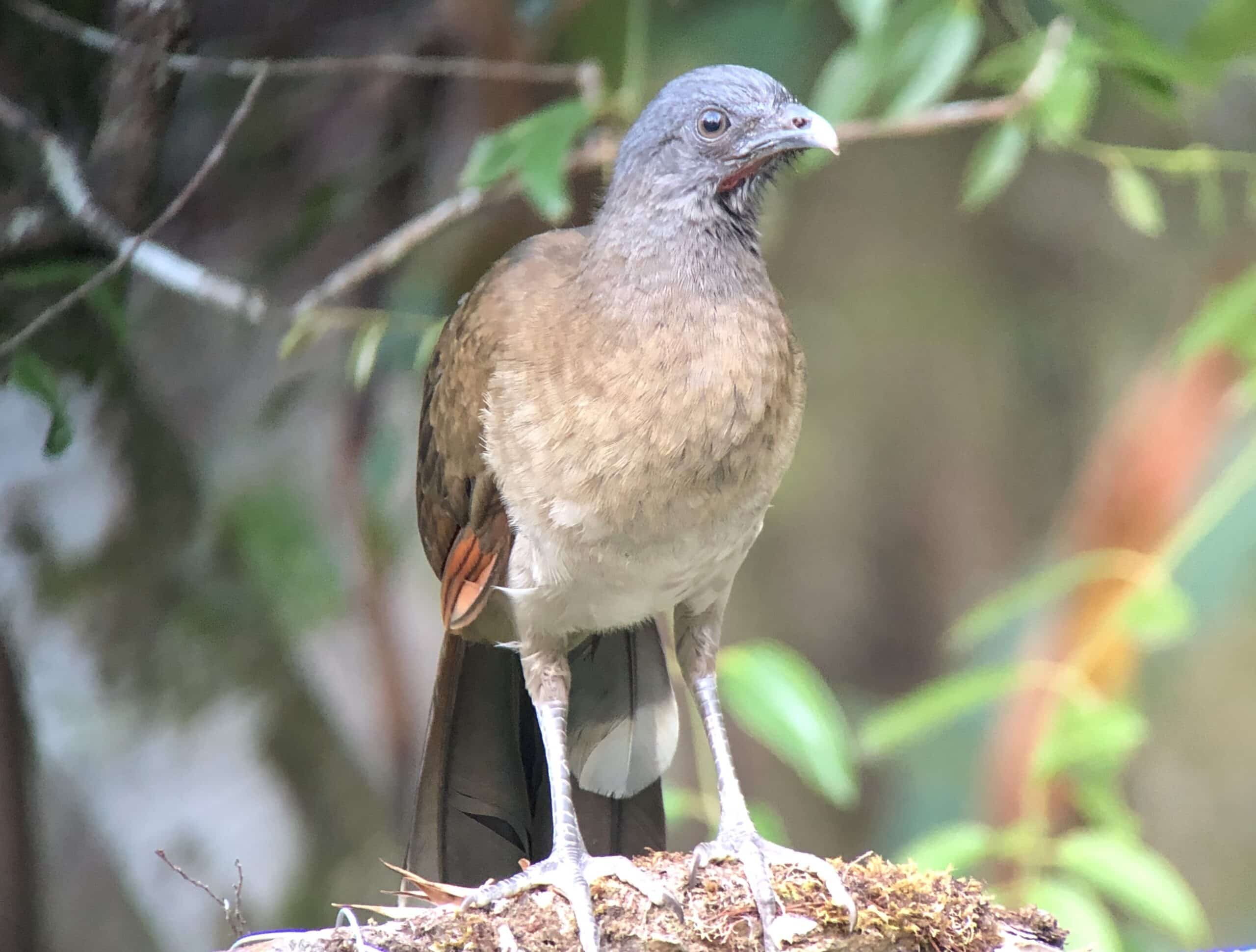 Gray-headed Chachalacas range from Honduras south into northwestern Colombia. In Panama they are common throughout the country except for the highlands. Chachalacas are not typically found in mature forest habitats, but instead prefer secondary or partially cleared forest, thickets and shrubby habitats, and plantations. Their diet consists mostly of fruit, and to a lesser degree leaves and insects. They forage mostly in the trees, only occasionally descending to the ground. Gray-headed Chachalacas are highly social and usually forage in groups of 6 to 12 or more individuals, which make themselves conspicuous with their repetitive raucous vocalizations.

Gray-headed Chachalacas lay their eggs, usually three per brood, mostly from January through May. These take at least 22 days to incubate. Usually it is at the beginning of the green season (May–June) that we see young chachalacas out and about with their parents, as in this video of a family captured on the Panama Fruit Feeder Cam at the Canopy Lodge!

What’s in a name? “Chachalaca” is a Nahuatl (Aztec) word, adopted into Spanish and then into English, presumably based on chachalaca vocalizations.