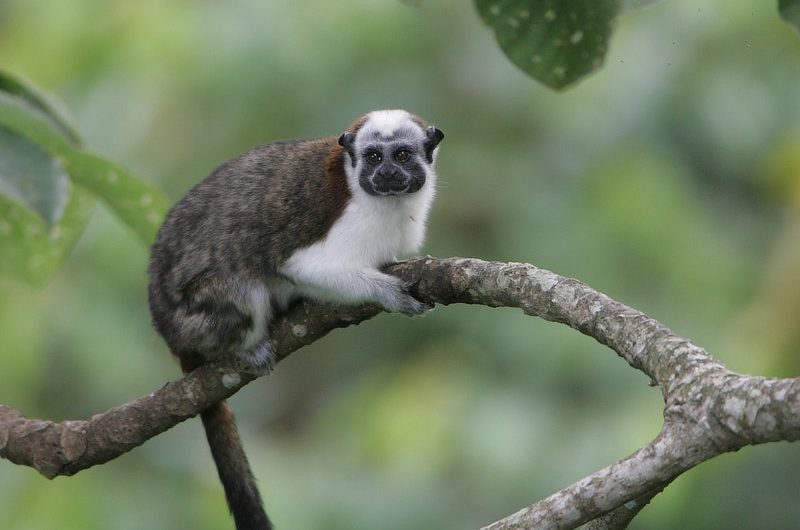 Geoffroy’s Tamarin, known locally in Panama as “mono tití,” is Central America’s only tamarin species and Panama’s smallest monkey, around the size of a squirrel. It has a distinctive appearance, featuring white underparts, a rufous nape, a white tuft on its forehead, and a long, black, non-prehensile tail. This species has a restricted range, occurring only in central and eastern Panama and northwestern Colombia. Within this range Geoffroy’s Tamarins favor forest edge and secondary or disturbed forest habitats, living predominantly in the sub-canopy and shrub levels of the forest. Although it is adaptable to disturbed habitats, the Geoffroy’s Tamarin faces threats from habitat loss and the encroachment of roads and urbanization as well as the exotic pet trade, and it is currently classified as Near Threatened by the IUCN.

Geoffroy’s Tamarins forage mostly for fruit and insects, although they will also eat other small animals, flowers, nectar, and plant gums. Among their favorite foods are the fruits and flowers of the Cecropia trees that are typical of forest edges and secondary forests. At the Canopy Tower, the surrounding cecropias frequently attract a social group of tamarins, who have also grown fond of the bananas regularly placed for them by the Canopy Tower staff! These tamarins allow for close-up views of their feeding and social behavior right from the Tower’s observation deck or dining room. 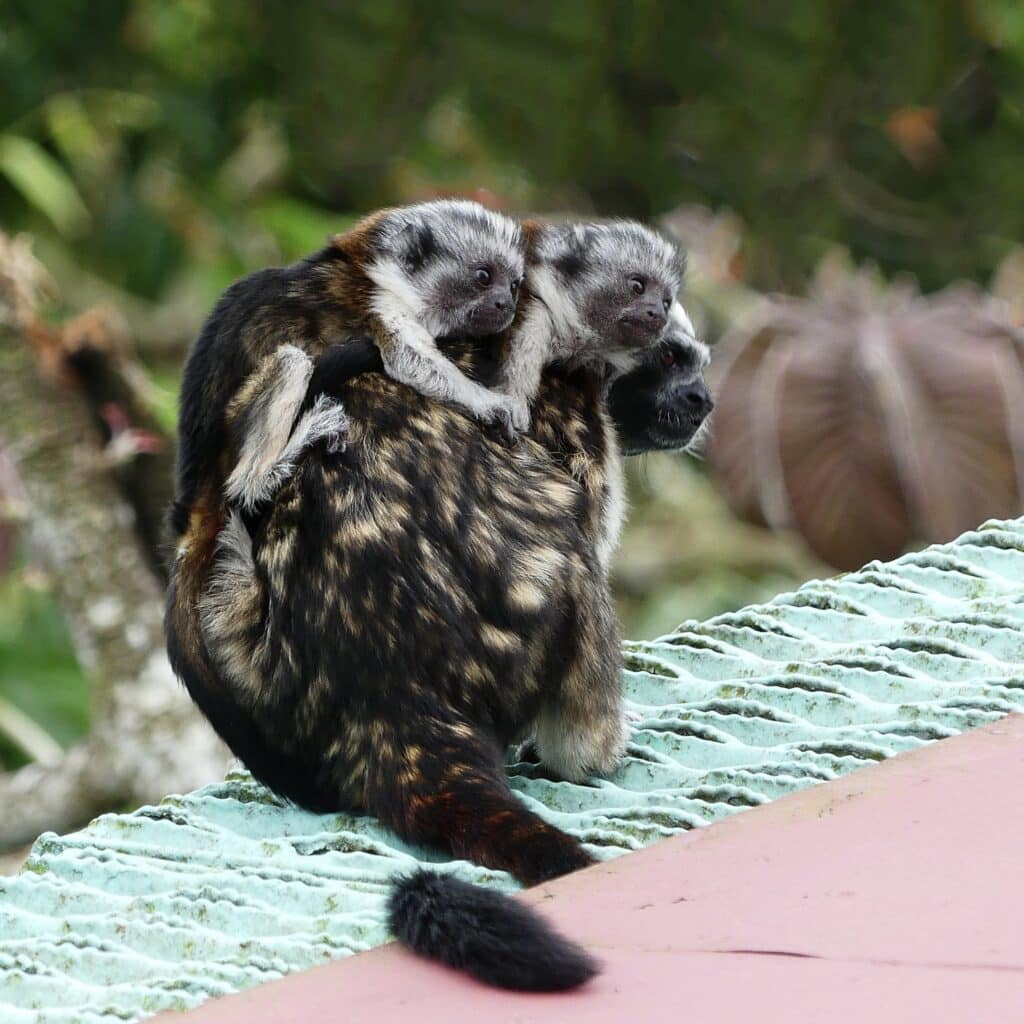 A Geoffroy’s Tamarin with two babies at the Canopy Tower. Photo by Hsin-Chih Perng.