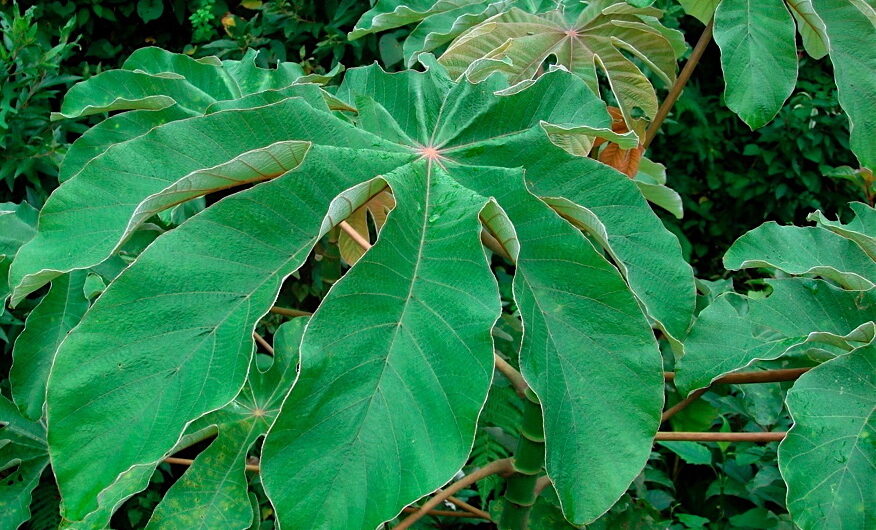 Cecropias are some of the most conspicuous Neotropical trees, identifiable by their thin, pale trunks and large, lobed leaves. They are typical of secondary forest, as they are very fast-growing and adapted for colonizing forest clearings. The Cecropia genus, formerly placed in its own family Cecropiaceae but now usually placed in the nettle family (Urticaceae), contains more than 60 species in total, all from the Neotropics. Of these, 10 species occur in Panama and 6 in central Panama. Distinguishing different Cecropia species is often difficult and can require close inspection. The photo above shows the leaves of a C. peltata, sometimes known (along with other Cecropia species) as “trumpet tree,” near the Canopy Tower. 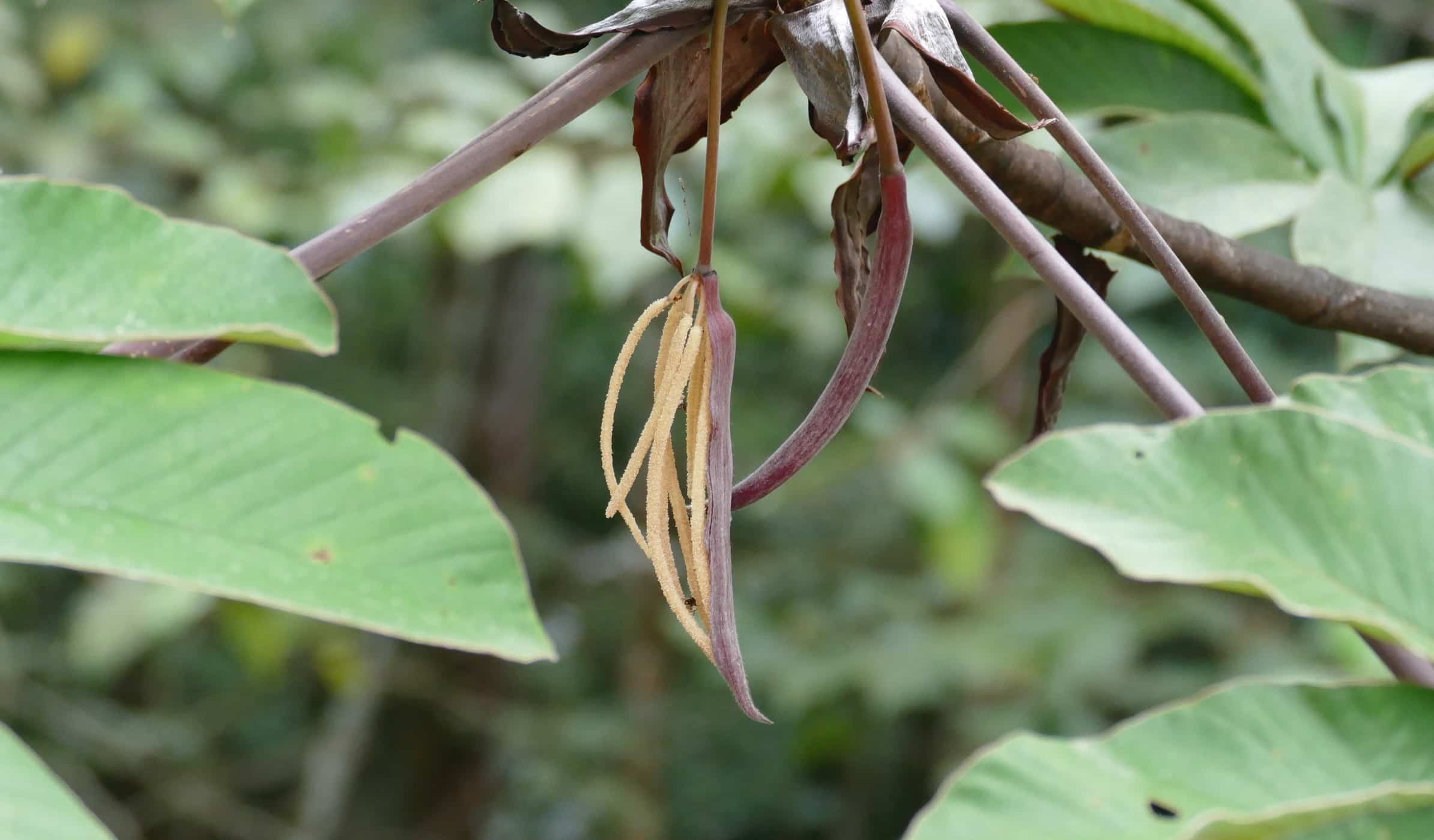 Inflorescence of C. obtusifolia, near the Canopy Tower, by Jerry & Linda Harrison.

Cecropia trees grow and reproduce quickly to take advantage of the light afforded by gaps and clearings in the forest; C. peltata, for example, grows on average 2.5 feet vertically per year, lives for only 30 years, and begins producing seeds at around 3 or 4 years of age. Under ideal conditions a cecropia can grow 10 feet in one year! In their ecological role as “pioneer” species, cecropias facilitate forest recovery by rapidly colonizing cleared areas, conserving nutrients and preventing erosion, and providing shade for future growth.

Cecropias are also very popular with animals, as their fruits, flowers, and leaves provide food to tanagers, cotingas, toucans, monkeys, squirrels, coatis, opossums, bats, iguanas, and especially sloths. The cecropias that surround the Canopy Tower afford us superb eye-level views of all these species when they are flowering and fruiting! Canopy Family founder and president Raúl Arias de Para has taken the effort to plant many cecropias (C. peltata and C. insigna) around the Tower and the Canopy Lodge to aid forest regeneration and attract wildlife. 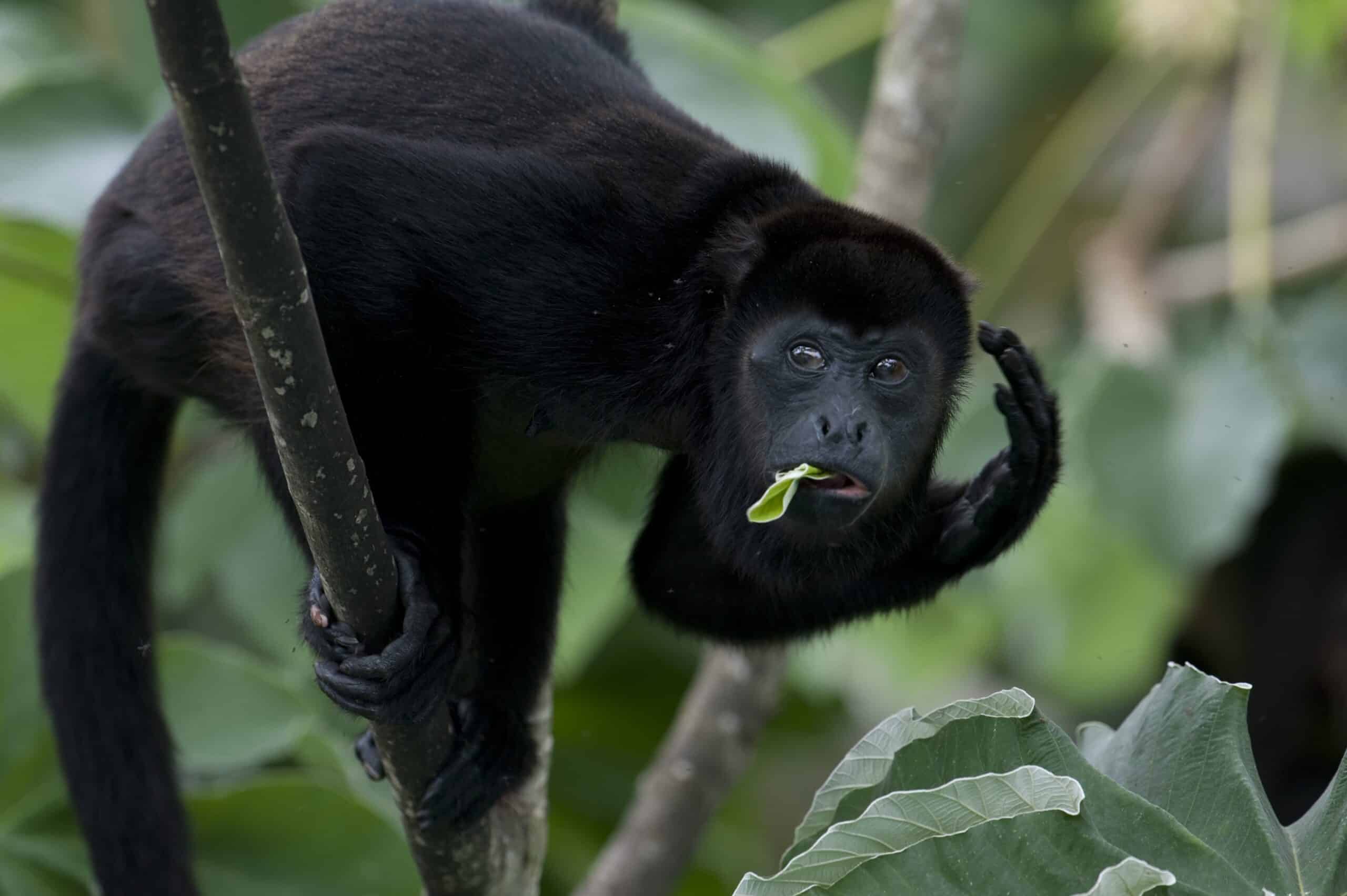 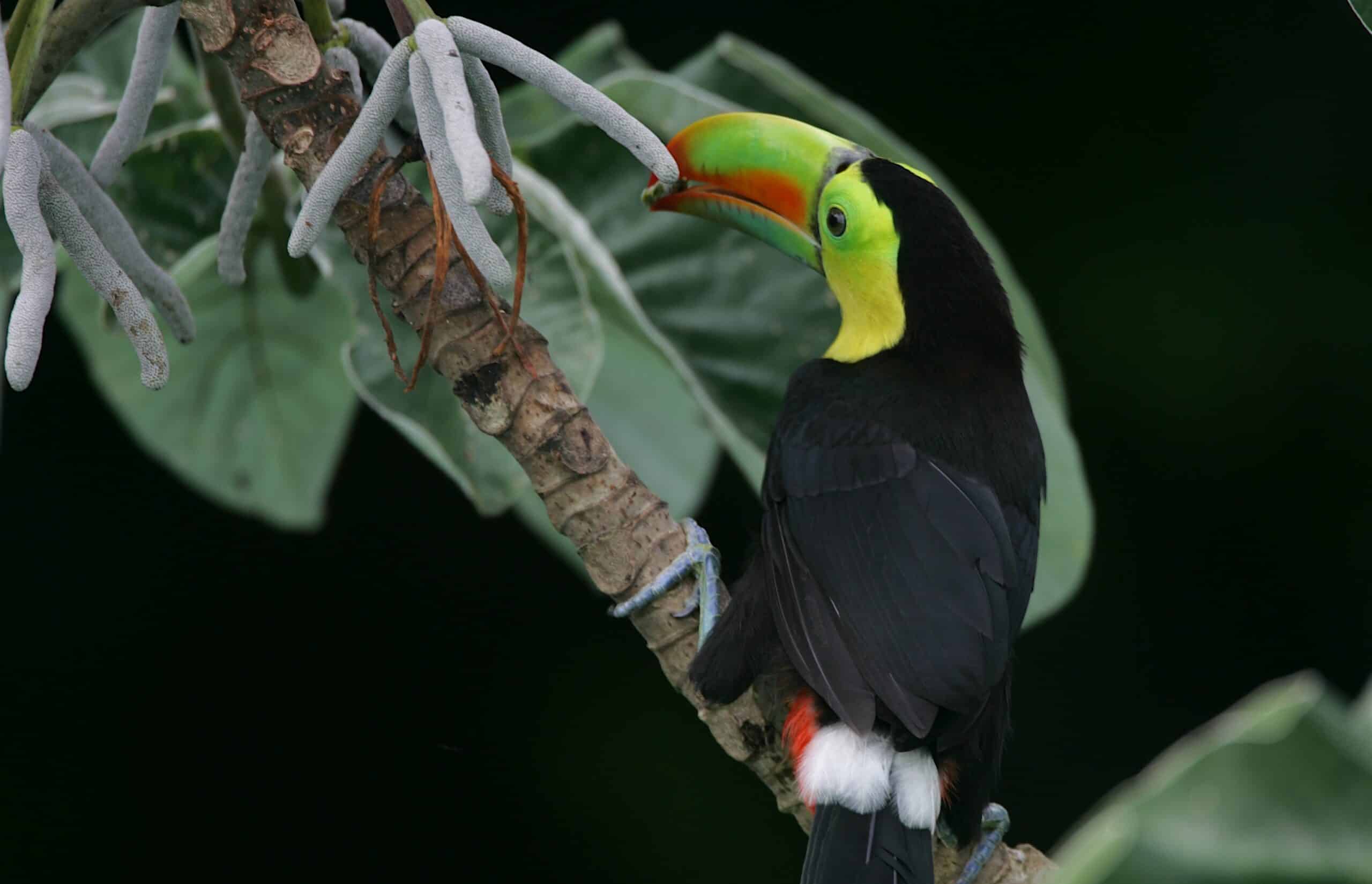 A Keel-billed Toucan foraging for cecropia fruit, by Doug Weschler.

Symbiosis. The most famous animal-plant interactions involving cecropias are the symbiotic relationships between many species of Cecropia tree and Azteca ant, whereby the trees house the ants in their hollow stems and provide specialized “food bodies” for them to eat, and the ants in turn help defend the trees from herbivorous predators. Watch closely for them on any cecropia of reasonable size, especially when the tree is disturbed. 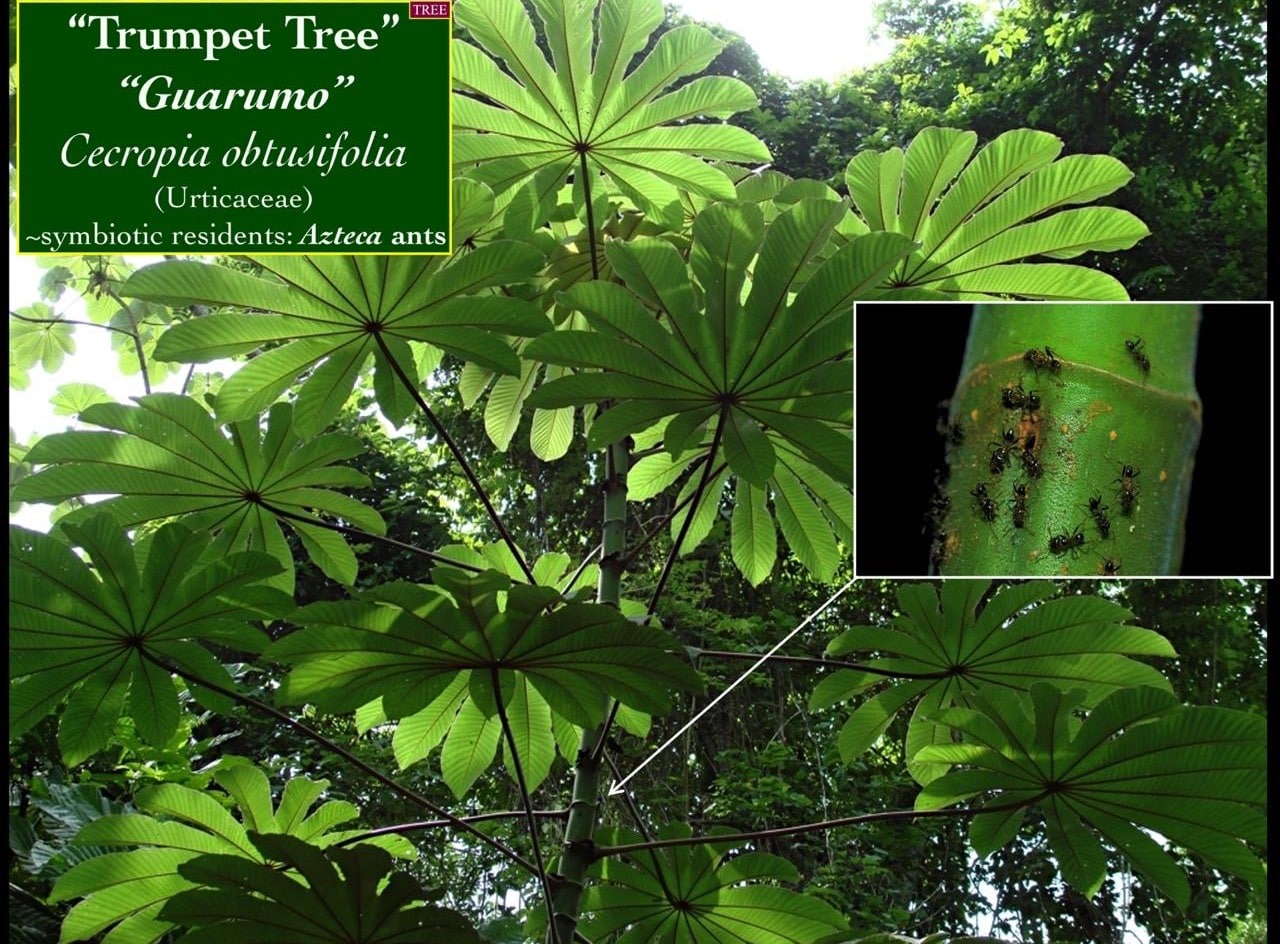