The Blue Cotinga is one of the most desired birds to be seen in Panama! Cotingas are a family of highly varied fruit-eating birds restricted to the Neotropics and contain such spectacular and unusual species as the “blue cotingas” group, Three-wattled Bellbird, Bare-necked Umbrellabird and Purple-throated Fruitcrow. The Blue Cotinga is approximately the size of a thrush, 19 cm in length. It is plump and dove-like, with a short bill and tail. The male is brilliant blue with deep purple-black throat and belly patches. The black patch around its eye distinguishes it from other “blue” cotingas in Panama. Its wings and tail are edged with black. The female is brown overall, with buffy edges on the feathers producing a scalloped or scaly appearance.

The Blue Cotinga is found in the forest canopy of lowland tropical forest, as well as woodlands and open areas. It lives high in the canopy of the trees, and most often sits exposed, often remaining in one spot for extended periods of time. It is usually solitary, but occasionally feeds in small groups of up to 10 individuals at fruiting trees. Fruit is plucked in flight, and it will hover briefly. Blue Cotingas are generally silent, but males can make a whirring sound with their wings.

In Panama, Blue Cotingas are uncommon along the western Caribbean slope and fairly common throughout eastern Panama. They are found in lowlands up to 900 meters (have been recorded up to 1400 meters in Colombia). With a small range from central Panama to northwestern Venezuela and Ecuador, Panama is one of the best places to encounter this fantastic bird. Blue Cotingas can be seen feeding in the fruiting trees around the Canopy Tower, and are most common around Canopy Camp Darien. 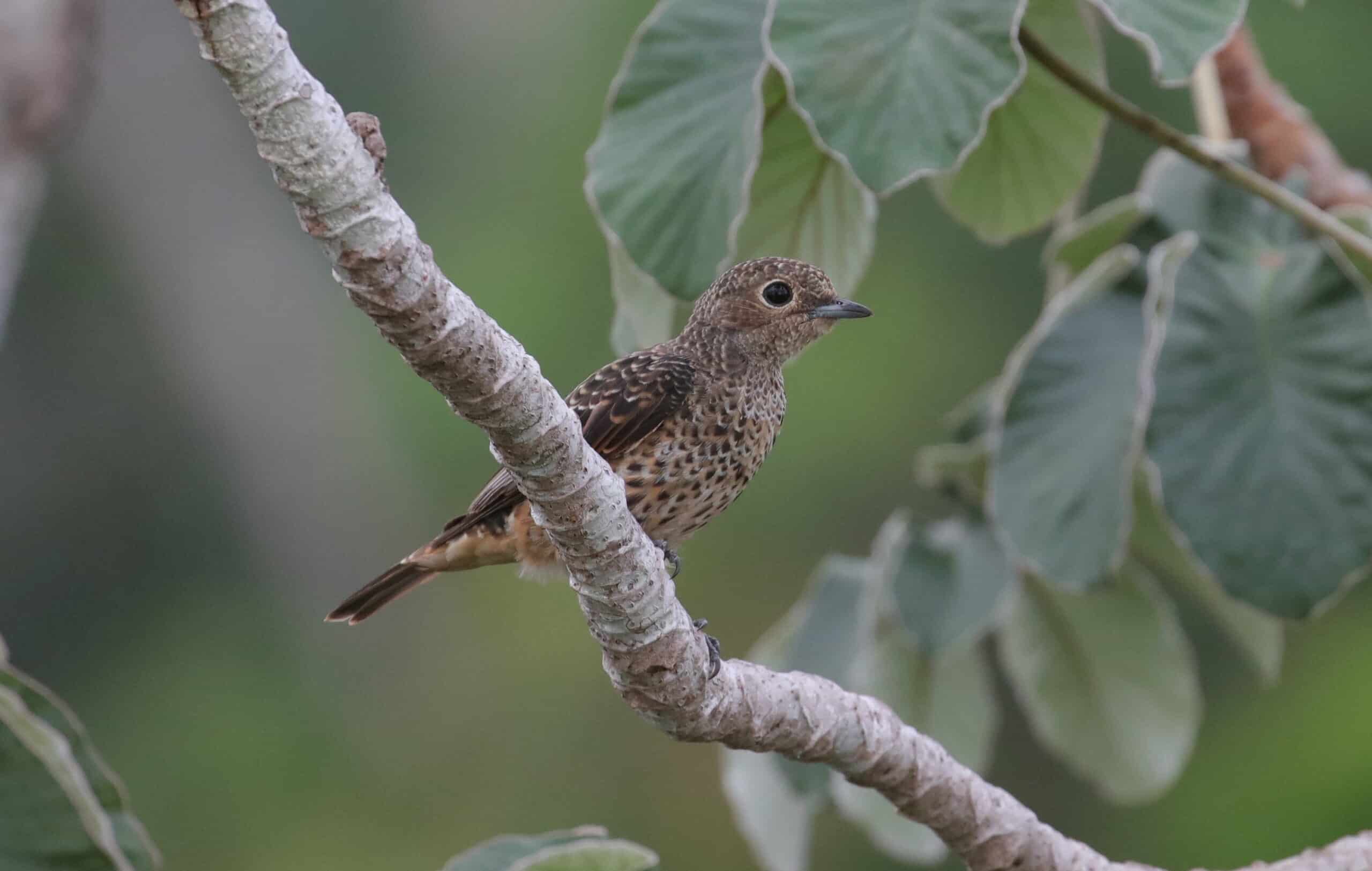