The Black-and-white Owl is an impressive, large owl found throughout most of Central America from Mexico into northwest South America.  Standing 35-40 cm tall, this owl can be distinguished by its blackish upperparts and white underparts with fine black bars.  Its face and crown are black with speckled white eyebrows, and lacks feather tufts.  It has dark eyes, and bright yellow-orange bill and legs.  Males and females look the same, but like most other owls, females are larger than males.  Black-and-white Owls can be found in tropical lowland evergreen forest up to 2100 meters in elevation.  They are strictly nocturnal, and remain well-hidden in thick brush during the day, solitary or in pairs.  They feed on small vertebrates, mainly bats, mice and birds, as well as large insects and arthropods.  Since they prefer to feed on aerial prey, they hunt primarily in the canopy of the forest.  Some individuals even become accustomed to feeding on insects and bats attracted to street lights in quiet partially wooded suburbs.  Nesting begins in late March; females lay 1-2 eggs in abandoned bird or mammal nest, bromeliad clump or tree cavity, in the tallest trees of the forest; eggs hatch in late April.  Black-and-white Owls are rather vocal, giving a series of loud, barking hoots and an unusual cat-like scream.

On occasion, a Black-and-white Owl is seen outside the dining room and lounge windows of the Canopy Tower; we believe that it is attracted to the insects brought in by the black light we turn on at night, as well as bats flying around the lights in the parking lot after dark.  It often perches quite close, and does not seem overly wary of people!  We also commonly see and hear Black-and-white Owls in the immediate vicinity of the Canopy Camp in Darien! 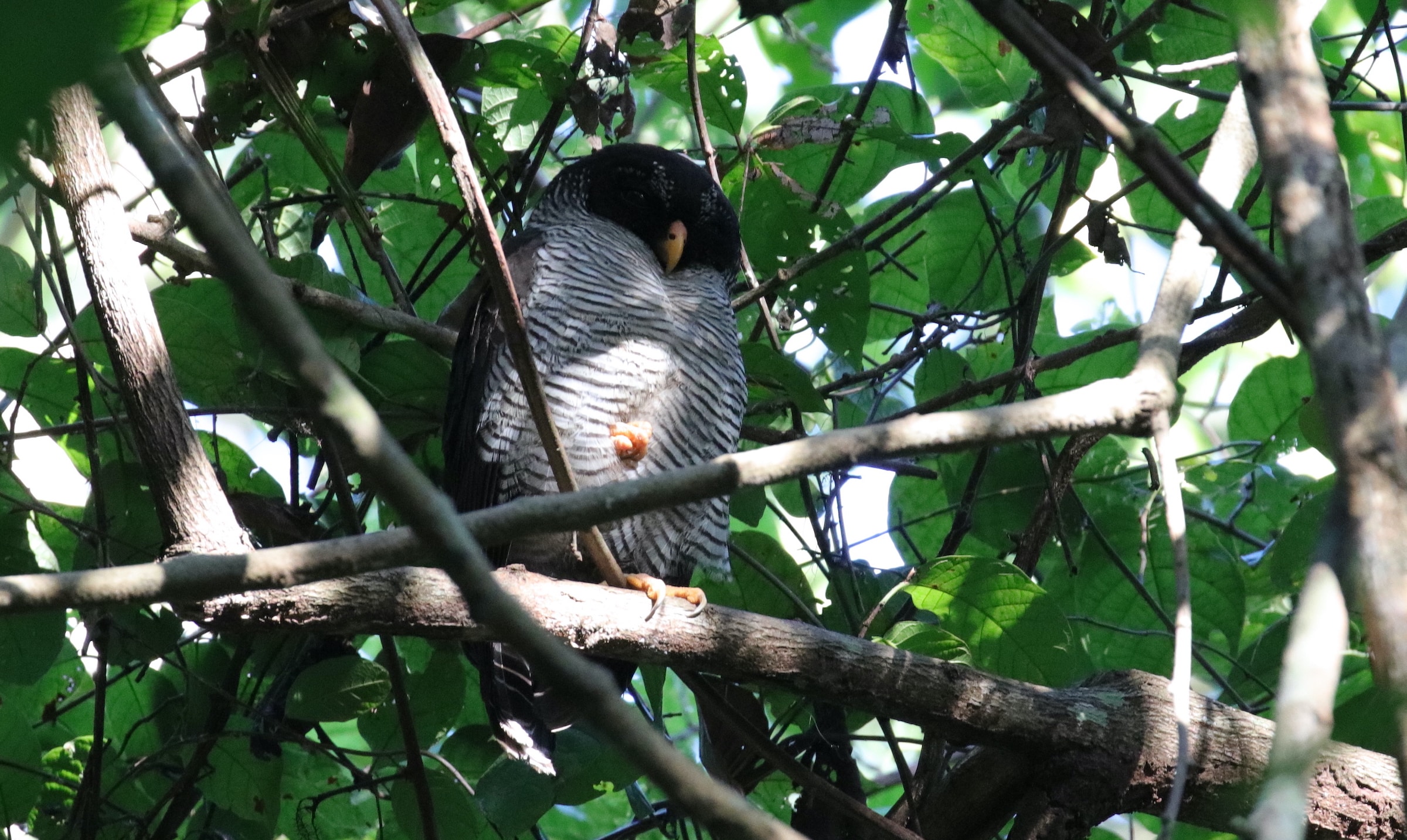 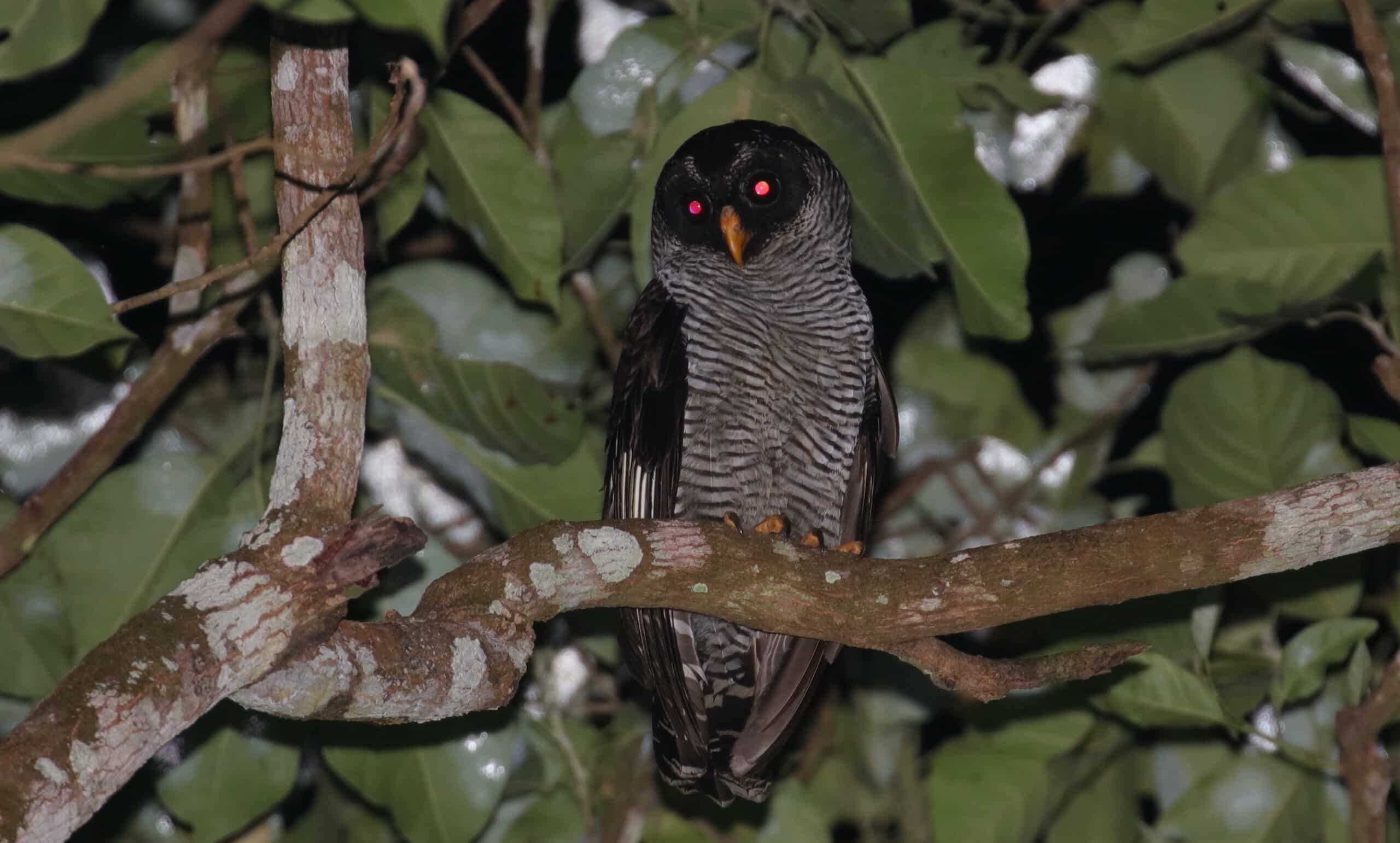