Puffbirds are well-named for their puffy appearance. As relatives of kingfishers, they have big heads, short necks, large bodies, large bills for catching insects and relatively short, thin tails. Unlike most of Panama’s more common puffbirds that are primarily black and white, the Barred Puffbird is rich shades of ochre—darker on back and creamier below, with narrow black barring overall, a broad buff collar, greenish-gray bill and yellow eye. Like other puffbirds, they sit in an upright posture and remain motionless for long periods of time. They are similar in appearance and coloration to the female Fasciated Antshrike, but Barred Puffbirds are larger, paler and perch vertically.

Barred Puffbirds live in the lower and middle levels of forest, open woodland, secondary growth, forest edge and adjacent clearings with trees. They sit motionless, often in pairs, and are most often first detected by their distinctive call, a long, drawn-out “wolf whistle.” They can be quite predatory, feeding on large insects, small lizards and frogs, and even other birds.

Like kingfishers, motmots and some other puffbirds, the Barred Puffbird nests in a burrow in a bank. The nesthole is a long, narrow tunnel, 1 m in length, in an exposed bank, but often hidden behind hanging vegetation. The entrance hole is 7 cm in diameter. At the end of the tunnel is the nest chamber, 16 cm in diameter and lined with a bed of dead leaves. This style of nest is unique to Nystalus puffbirds; the other Notharchus (black and white) puffbirds nest in arboreal termite nests. Little is known otherwise about the breeding habits of the Barred Puffbird.

The Barred Puffbird is fairly range-restricted and uncommon, and is only found from central Panama to western Ecuador, primarily in the lowlands up to 600 m. In Panama, you may encounter this bird along the Caribbean slope in Coclé and western Colon provinces, eastern Guna Yala and throughout Darién, where it is most often encountered. This cool bird is seen by Canopy Family guests primarily around the Canopy Camp, but also on some excursions from the Canopy Lodge. 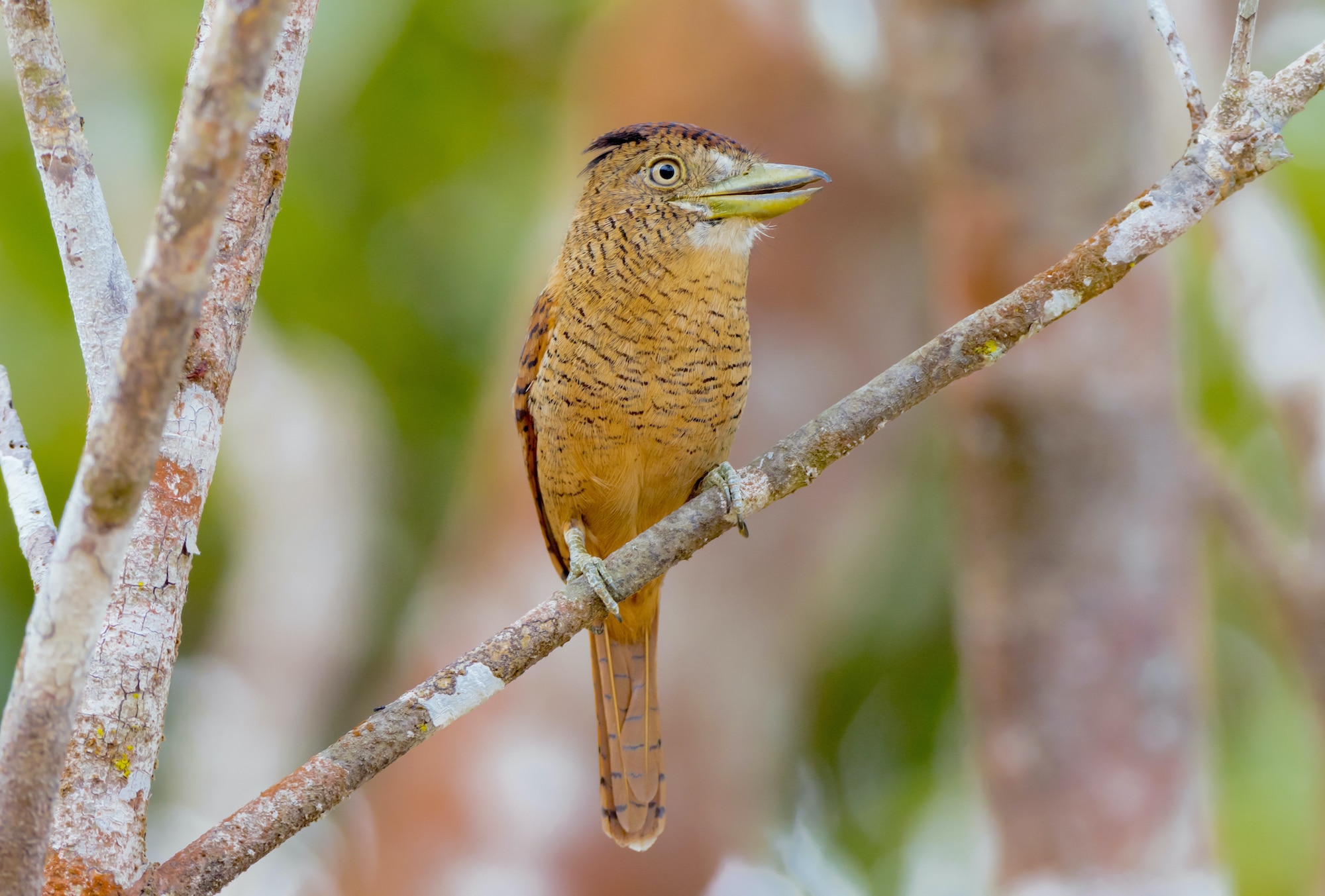