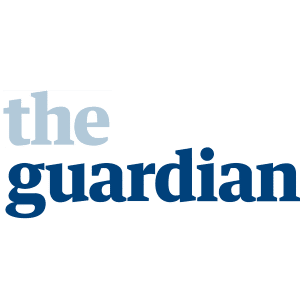 Sanjida O’Connell takes in the sights and sounds of the rain forest at a former US radio tower turned eco-lodge.
Saturday March 29, 2003
The Guardian

I staggered upstairs at seven in the morning, a good hour late and wondering why I was up so early when we were supposed to be on holiday. A very excited man pushed me in front of a telescope and there, in perfect sharp detail, was my very first blue coatinger, a rare Central American bird, with electric blue plumage. The view itself was breathtaking, rainforest as far as the eye could see, the rising sun running like a slow fuse along the length of the Panama Canal, the day’s first boat sailing smoothly through the trees. We were staying in the appropriately named Canopy Tower, once a US-owned radar tower, just outside Panama City, now converted into a luxury eco-lodge.

I was standing on the observation deck, a wide balcony running around the tower’s 9m high geotangent dome (a variation of Bucky Fuller’s famous geodesic dome), and was level with the top of the trees. Barely metres away from us was a troop of black howler monkeys. The male was greeting the day, his deafening calls a cross between a tiger in pain and the sea trapped in a cave. The females ignored him; clinging to the very tips of one of the tallest trees was a tiny baby moving about in a wobbly fashion. The females watched his every move, hands outstretched to catch him in case he fell, every so often making vain attempts to bring him down; there was a synchronous series of gasps and winces from the primates on the observation deck.

Canopy Tower, in the heart of Soberania national park, is simply one of the best places in the world to visit if you’re a bird watcher, but if, like me, you’re in the “quite-interested-but-short-attention-span” category, it is an amazing, beautiful and relaxing place to visit. Our sharp-eyed, enthusiastic and specially trained guide was Carlos Bethancourt; even when he had a bird in his scope, I still could not see where the bird actually was.

Canopy Tower is at the top of the steep Semaphore Hill; one tour merely entails walking a mile down to the main road and back – yet it took four hours and we saw a breathtaking number of birds and animals: the rufous motmot, which is orange-breasted with Cleopatra-black eyeliner, green back and wings and a long tail ending in two lyre-like feathers; an orange-chinned parakeet; a slaty tailed trogon; masked tityra; and a male red-capped manakin involved in a spot of lekking , displaying to a female by manically leaping around a branch. There are 289 different species of birds to see.

Although I am a useless twitcher, and I didn’t much care whether one little brown bird skulking in the undergrowth was a scaly throated leaftosser or a buff-throated foliage gleaner, my moment came when I spotted a nine-banded armadillo. A cross between a giant woodlouse and a little pig, it hoovered up ants barely a couple of metres away from us. My boyfriend James found what looked like a tennis ball stuck in the cleft of a tree. It was a sleeping silky anteater curled up tightly. We could see it breathing. I wrestled with the impulse to shake it, stroke it or pick it up. That evening, the two of us walked back up to the Canopy Tower as it was getting dusk. Suddenly, there was a huge commotion in the forest and some enormous creature started running through the undergrowth towards us at great speed. We clung to one another until the animal burst out of the trees, saw us and took off at right angles. It was a tayra – much smaller than it sounded, like a larger, slinky black stoat.

The Canopy Tower itself was once a grey windowless shell of corrugated iron. Even today, the notice on the gate states: “This is a US Military Defense Site. It is illegal for persons not possessing a valid US-issued identification document to enter.” After a year of complex negotiations, ex-politician Raul Arias de Para, got permission to turn it into an eco-lodge. Now, bright yellow and aquamarine, the bedrooms are on two floors round the edge of the tower, fitted with teak furniture from De Para’s own plantation. There is biodegradable soap in the showers (the water is used for the garden). There is no air conditioning because of the high amount of electricity it consumes, but being at the top of a hill, the tower is cool. The top floor is a sitting room, library, and dining room hung with hammocks and warning signs: “Hammocks, my beloved friends, are more dangerous than the elements, lechery and drunkenness,” wrote Armand Rechus, the first Frenchman to explore Panama in 1870.

The cost of staying here includes three meals a day, plus express breakfast at dawn on the deck, appetizers and cocktails in the evening, as well as two guided walks through the jungle. The staff at Canopy Tower will arrange many other local guided tours, as well as longer bird-watching trips to Colûn, for example, which is at the other end of the Panama Canal.

The tower is so close to the city that it is possible to use it as a base for your own excursions. We visited Miraflores, where the main locks for the Panama Canal are sited. It’s only a 10-minute taxi drive from Canopy Tower, and here the ships are raised over 1.5km, up through the locks in what appears to be the middle of a rainforest.

The commercial possibilities of linking the Atlantic and the Pacific by cutting a channel through Panama were realised centuries ago. The Spanish king, Carlos V, ordered a survey of the route in 1524, but it wasn’t until 1880 that the French attempted it. Twenty years later they gave up, defeated by malaria and lack of money. In 1904, the Americans took over, and on August 15 1914 the US cargo ship, Ancon, made the first crossing. Now, more than 13,000 ships a year sail through the 82km long canal.

Canopy Tower is about half an hour from the city centre; we visited Panama Viejo, the ruins of the original town. Founded by Pedro Arias de Avila in 1519, it became supremely wealthy on the back of the trade in gold which originated from mines in Veraguas and Darièn. There was a cathedral, a hospital and a flourishing slave market. But bust followed boom when Henry Morgan sacked the city in 1671 and subsequently received a knighthood for his pains. Panama City relocated to Casco Viejo, now a suburb in the sprawling modern city. The spectacular crumbling ruins are on a headland surrounded by the muddy shore of the Pacific and encroaching slums. There is a folk art market, and a little further along the road, the Museo de Panama Viejo.

Although you can eat anything in Panama City from pizza to sushi, we were anxious to return for another gourmet dinner. But back at Canopy Tower, a fight had broken out. Round the edge of the tower are hummingbird feeders. At this time of year, two species, the long-tailed hermit and the white-necked jacobin, were buzzing round the feeders sounding like miniature helicopters, insanely scrapping for more sugar solution than any of them could possibly have drunk.

Getting there: Journey Latin America (020-8747 3108, latinamerica.co.uk) has Continental flights Gatwick-Panama City from £543 return plus taxes.