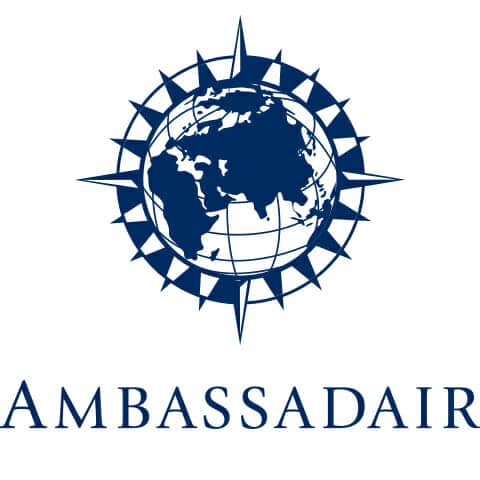 Every year, thousands of cruise passengers transit the Panama Canal. The eighth manmade wonder of the world holds a magical fascination for those who traverse the 50-mile waterway of intricate locks linking two oceans. But because few cruise ships stop in Panama, most never see the country’s enchanting rainforests, misty highland volcanoes, and colorful Indian cultures. For nature lovers, Panama’s untouched wild places, rich in flora and fauna, flourish just outside Panama City.

I began my adventure in Panama in Soberania National Park. Just a half-hour drive from Panama City, the park is in one of Panama’s premier birding regions, with more than 225 species. As I walked down Plantation Road, a troop of friendly tropical coati, raccoon-like creatures with long noses and tails, brazenly surrounded me looking for a handout. “The Air Force staff used to feed them,” explained our guide, a former poacher.

The Semaphore Hill Radar tower, built in 1965 by the U.S. Air Force to monitor the skies for drug-smuggling planes, is nestled in the heart of the national park. Today, this silo-like structure, still posted “U.S. Military Personnel Only” is now a hilltop rainforest inn—the Canopy Tower.

The hotel has five levels, offering multi- layered perspectives of the rainforest. On the rooftop observatory I watched eagles and hawks glide on currents. From this vantage point, I had a clear but distant view of the Pacific entrance to the Panama Canal, and I spotted big ships on the horizon lining up to enter the Gaillard Cut. But it’s the birds that most people come to see, and the Canopy Tower features the best seats in the house. Lulled to sleep by cicadas, I woke to the chatter of morning birds and monkeys outside my wall-to-wall window, eye-level with the treetops. For those who wouldn’t dream of missing an Audubon moment, the bathrooms sport a handy binocular hook outside the shower.

The outdoors streams into common areas of the hotel, as well. The top of the tower, a 30-foot-high geotangent dome, serves as the dining room. Guests come to meals armed with field guides and binoculars, in order to better scan the trees through panoramic wraparound windows.

For those visitors who can’t tell a toucan from a motmot, the Soberania National Park offers more than birdwatching opportunities. It’s a great place to find a dazzling spectrum of butterflies and moths, not to mention animals such as the coati, anteaters, and capuchin and howler monkeys. The park is also a great base for touring other surrounding attractions.

Like jewels tossed into the turquoise waters of the Caribbean, more than 350 tiny islands make up the San Blas archipelago, home to native Kuna settlements. Although they cling to many of their traditional ways, the Kuna are quite entrepreneurial and encourage tourists to explore nearby uninhabited islands by dugout canoe, visit traditional houses (bohios) with palm-thatched roof and cane walls, and observe daily life firsthand. Kuna men net fish on the reefs and tend small coconut and crop farms on the mainland. Visitors are treated to fresh-cooked harvests from the sea of lobster, crab, octopus, and fish.

The Kuna wear traditional colorful clothes and women adorn their ears and noses with giant gold hoops. It is fascinating to watch women creating molas, Panama’s trademark native craft. The process involves stitching together layers of colorful cloth and cutting and sewing intricate and abstract geometric designs. Common motifs are fish, animals, and icons of the 20th century, such as Coca-Cola or product logos. Molas and other handicrafts such as carved tagua (ivory nut) seeds are great buys here. The tribe is self-governing and politically independent with strict laws protecting the reefs, rainforests, and natural habitat. The Kuna also have good negotiating skills and will ask for money if you want to take a picture.

Six of Panama’s indigenous groups still maintain their distinctive cultures and traditions. The Embera, originally from farther south in the Darien province, have migrated to the riverbanks of Chagres National Park near Panama City. Traveling up the Chagres River by dugout canoe, I tried not to notice that my Embera guide, dressed in a guayuco (loincloth) and beads, isn’t covered up on the back end.

The river provides water for the Canal and Panama City, but I feel I’ve stepped back in time, light-years from civilization. Several bare-breasted women, who tattoo their bodies in bold patterns with the juice of a rainforest plant, laughed when I tried to get out of the unsteady canoe. Kids and dogs ran ahead and chickens scattered along the well-worn path to a cluster of stilted thatched huts. The Embera hunt, fish, and grow crops much as their ancestors did when Christopher Columbus discovered the region.

In Panama, it is still possible to find nature and cultures that have changed little since this new world was first discovered. Panama’s wild places are worth exploring now, before Central America’s best-kept secret gets out.

KNOW BEFORE YOU GO

Best time to visit.
Unless you really like rain, schedule a trip between mid-December through April. It’ll still be hot and humid, though evenings may require a light sweater. Bird-lovers should come between February and May, when spring migrations bring varied species of birds.

What to eat.
The national dish is sancocho, a meat and vegetable stew with a kick. Yucca is a plant-based staple found in dishes such as carimanola, yucca and pork, and ropa vieja, minced beef over yucca. Be sure to sample the abundant variety of seafood dishes, too.

What to pack.
Dollar bills. You’ll need them to pay for all the photos you’ll want to take of San Blas residents.

Insect repellent.
The closer you get to rainy season, the “buggier” it gets.

Sunscreen and a hat.
The sun is powerful near the Equator.

Binoculars.
Whether you want to watch for birds or get a close-up of the Canal.

If you plan to sleep late at the Canopy Tower, that is. The howler monkeys are hard to drown out.

ABOUT THE PANAMA CANAL

The United States will hand over control of the Panama Canal to Panamanian government on the last day of December 1999.

The Panama Canal is 50 miles long and it takes an average ship seven to nine hours to transit the locks between the Atlantic and the Pacific Oceans.

Ships are lifted 85 feet through three sets of locks (each 1,000 feet long and 110 feet wide) to the level of Gatun Lake, one of the largest manmade lake in the world.

Richard Halliburton, who swam the Canal in 1926, was charged 36 cents, the lowest toll, after his displacement tonnage was calculated.

Slicing through the Continental Divide, the 8-mile Gaillard Cut, carved through rock and shale, suffered devastating slides during construction and soon after the Canal opened. This Canal section resembles an enormous ditch, therefore the Canal’s nickname, “The Big Ditch.”

Under the direction of Theodore Roosevelt, the Panama Canal was completed in 1914.

It took 10 years, the labor of more than 75,000 men and women, and almost $400 million to complete this engineering triumph. Intrigued with Panama? Choose to cruise before, during, or after the hand-over of the Canal.