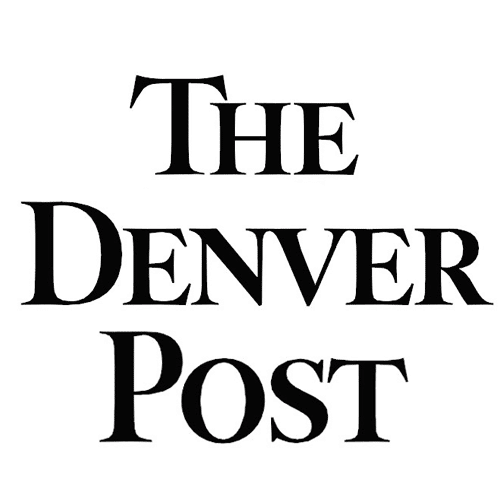 In the treetops: Panama’s Canopy Tower provides a luxurious perch

Sitting among the treetops high in the forest canopy, we sipped a good Chilean chardonnay and dined on savory curry with coconut rice. The evening sounds of the jungle serenaded us with the last trills of birds and muffled grunts of howler monkeys as they bedded down for the night.

Beyond our immediate leafy view, the rock-hewn Gaillard Cut of the Panama Canal snaked over the Continental Divide, and the distant skyline of Panama City was etched into the pinkish dusk. tucan
Welcome to the Canopy Tower. Perched on a hilltop in the middle of a national park, this renovated former radar tower is now a boutique nature- and bird-watching hotel. Strategically situated on top of Semaphore Hill, the corrugated metal radar tower was built in 1965 by the U.S. Air Force for canal surveillance and spotting aircraft carrying contraband drugs from South America.

Now it’s used for spotting the blue cotinga and the green shrike vireo – two of Panama’s most beautiful birds – along with three-toed sloths, monkeys and marmosets. It’s also a good base of operations for exploring the surrounding rain forest and Panama City and the canal.

“It’s the ultimate recycled product,” quipped Raul Arias de Para, economist, politico, businessman and banker turned bird-watcher and innkeeper. With haute cuisine, accommodations and location, plus affordable prices and matchless charisma, the Canopy Tower symbolizes Panama’s new tourism persona. It doesn’t hurt that Arias de Para also is the cousin of a former Panamanian vice president.
Known to many only for the canal and terrors of dictator Manuel Noriega, Panama is showing a fresh new face – especially with its approach to tourism. When the United States transferred the canal to the

Panamanians on the eve of the millennium, in accordance with the 1977 Carter-Torrijos Treaties, surprising things happened.

Composed mainly of tropical rain forest and national parks, this 10-by-50-mile swath across Panama’s midriff has been protected from deforestation and development for almost a century by the U.S. government. It offers some of the richest and most accessible rain forest and wildlife in all of the Americas. Jaguars, sloths, marmosets and four types of monkeys roam the Canal Zone, along with blizzards of exotic birds and butterflies.

As the land bridge between North and South America, Panama is home to wildlife species from both continents and has more bird species than all of North America. Repeatedly, the Pipeline Road alongside the canal sets the world record for the Christmas Audubon bird count, recording more species in a 24-hour period than anywhere – last count 954 species. Best of all, these natural riches are only a 45-minute drive from the international airport.

I had my doubts when I arrived in a drizzle at the high chain-link fence and warning signs surrounding the strange ball-topped turquoise tower. The large sphere on top is a radome that protected the former radar antennae. My guide, Marisin Granados, from Ancon Expeditions of Panama, had driven me to the Canopy Tower after a great day of sightseeing. First we hiked along the Pipeline Road, spotting dozens of colorful birds, parades of leaf-cutter ants and a family of coatis (raccoonlike animals). Next was a visit to the astounding locks of the Panama Canal.

Finally, we stopped at the International Handicrafts Center, a venue for the arts of Panama’s indigenous people. Visitors are inevitably beset by “mola madness.” After viewing a hundred or so of the swirling, brilliantly colored designs, one begins to reel.

The Kuna women create these dazzling, world-renowned cloth-applique works of art. They have also cleverly crafted them into every conceivable clothing and household item indispensable to modern humanity: wallets, purses, glasses-cases, place mats, trays, aprons and fancy T-shirts. Mola means “blouse” in Kuna, and the women wear them as front and back blouse panels in their traditional dress.
The fascinating Kuna are a matriarchal, autonomous society living primarily on the San Blas Islands off Panama’s Caribbean coast. After a brief uprising in the 1920s, they won the right of self-rule after 20 Kuna and 22 Panamanian policemen died.

The colorful molas brightened what became a torrentially rainy afternoon that subsided to misty drizzle. As we waited at the Canopy Tower in the gloom, I wondered if the damp jungle would seep into the seemingly dank metal building.

Resident bird expert José Soto Santiago greeted us, took my luggage and led me in. We walked through the small, dimly lit natural history museum on the tower’s ground floor. Clanking up three flights of industrial metal stairs in the darkness, we rose to the warm, wood-trimmed level of the half-dozen guest rooms. My treetop-level niche was a tropical delight in creamy ecru with nubby woven-cotton bedspreads, filmy nets above twin beds, a jungle view, indigenous artwork and a sparkling white-tiled bathroom. Another flight up brought me to an inviting window-lined lounge, library and dining area with hanging chairs, tropical print sofas and a small self-serve bar.

Guests Patrick Parkinson and his spouse, Susan Strange, introduced themselves. Avid bird-watchers, they chose Panama because it’s not yet been discovered by tourists – plus, “It’s exotic with good water.”
I was surprised to learn that because of its American infrastructure Panama has good roads, drinkable water, is home to many English-speaking natives and uses the U.S. dollar as the national currency. Visitors will find unspoiled beaches, misty cloud forests, wild rivers, 11,000-foot mountains, some of the most interesting and colorful indigenous people in the Americas and a cosmopolitan capital with a beautiful Spanish-colonial old town.

Our host, Arias de Para, joined us for the unpretentious but elegant family-style dinner. Educated in the U.S. as an economist, he got involved with eco-tourism in 1994 when he launched a successful project to save his favorite forest waterfall from degradation.

“I think Panama has a great future in eco-tourism, but we have to do it right. Small hotels are one of the ways,” he said.

After its active service during the Cold War years, the 40-foot-high radar tower was deactivated in 1995. “I came here in ’96 and it took me a year and a half to convince the government (to lease me the tower) and another year to rebuild it,” Arias de Para said.

“The coatis were living inside. We had some moments during the remodeling when I doubted it would fly. When I had doubts, I would go up to the top deck and just sit there, and it was a soothing balm. And I thought, if I like it so much there must be 100,000 people who would also like it. This area is so rich in wildlife, and it’s only 35 or 45 minutes from downtown. Of all the things I’ve done, this one I like best.”

Shortly after the Canopy Tower opened in 1999, the Audubon Society listed it as one of the world’s top 10 ultimate lodges. Victor Emanuel Nature Tours also helped put the Canopy Tower on the map when one of its birding tours stayed here.

Before first light the next morning, I climbed the metal stairway to the rooftop observation deck encircling the big radome. Guests from Barcelona already were up there drinking the good Panamanian coffee and fresh-squeezed orange juice prepared by ornithologist Santiago – now busy setting up the sighting scope. Still-sleepy howler monkeys huffed softly, and a fresh moist breeze carried the forest scent of fruits, flowers and aromatic leaves. The distant skyline of Panama City reminded us we’re not far from civilization, but perched here in the treetops it seemed worlds away.

We retired to the dining room downstairs for breakfast, but before I could take a mouthful of cereal, someone spotted a blue cotinga – one of the most colorful and hard-to-see birds of the area, unless you’re up in the canopy as we were. A fleck of brilliant turquoise flitted through the treetops,and I managed to focus my camera and binoculars on it for a few seconds.

Soon we saw a gorgeous green shrike vireo in another treetop. The bird gleamed like an emerald in the morning light. Diners dashed from one open window to another spotting a red lored parrot, golden-hooded tanager, green honey creeper and a masked tityra.

I’ve never heard of most of these birds but feel honored to have seen such rare and spectacular creatures.

I’m not alone in my sentiments. Penned into the Canopy Tower guest book a note reads: “What you have done here in the Canopy Tower makes me doubly proud of the Torrijos-Carter Treaty and its beneficial and just results. We wish you well as you introduce hundreds of visitors to the beauties of Panama’s natural resources.” – Jimmy Carter.

Rates at the Canopy Tower range from $85 for a small room in the low season to $185 for the Blue Cotinga Suite in the high season. The all-inclusive price includes entrance fees to Soberana National Park; double-occupancy lodging; “early bird” coffee and orange juice, full breakfast, lunch, hors d’oeuvres before dinner and dinner, including wine; transportation along Semaphore Hill Road; and two guided walks per day through the rain forest with a bilingual guide. Expert birding guides can be arranged for an additional charge. Address: Apartado 6-4506, El Dorado, Republic of Panama.

Ancon, similar to the Audubon Society in the U.S., is one of Panama’s most respected conservation organizations and likewise has its own tour division. Ancon Expeditions of Panama offers eight- to 14-day packages from $1,600 to $2,400 per person (double occupancy) with bilingual guides. Its Highlights of Avian Panama tour includes a stay at the Canopy Tower, and visits to the Chiriqui Highlands and the Darien National Park and Biosphere Reserve. The Panama Discoverer tour includes a full Panama Canal transit and visits to the Primate Reserve in Gatun Lake, Bocas del Toro and the Chiriqui Highlands, plus optional whitewater rafting and visit to the San Blas Islands. Other tours include Panama City, colonial history, the craft market and short or long adventures throughout Panama, including visits to various indigenous settlements. Information: 011-507-269-9414 or www.anconexpeditions.com.

Reed Glenn is a freelance writer who lives in Boulder.